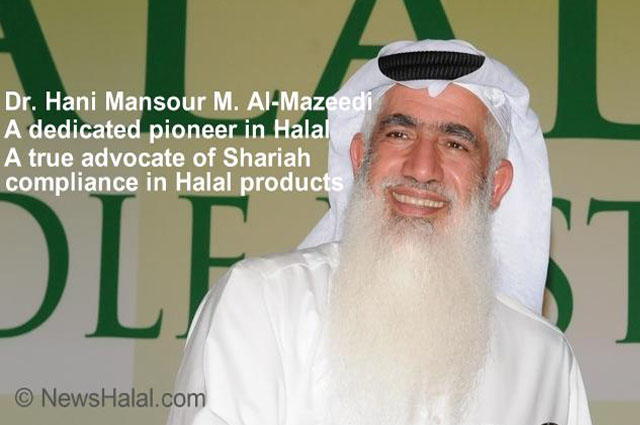 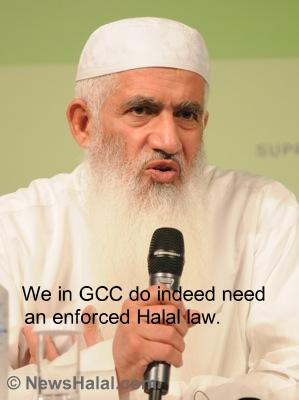 Hani Mansour M. Al-Mazeedi (born 1954) is a Kuwaiti scientist who specializes in Halal requirements, quality and Safety systems for food (HACCP/Pre-requiste programs such as GMP & GHP) and Halal services for the Halal Industry. He is the son of Mansour Mosa Al-Mazeedi, one of the founding members of the National Assembly of Kuwait.

Dr. Mazeedi through Kuwait government (Ministry of Awqaf and Islamic Affairs and Kuwait Institute for Scientific Research) and GSO (Gulf Standard Organization) of the GCC Cooperation Council for the Arab States of the Gulf has organized the first gulf conference on the Halal Industry and its Services from 24–26 January 2011, and many have attended the conference as it was the first of its kind in the region of Arabia and other Arab countries of the Persian Gulf. This conference has received great success exceeded all expectations as witnesses by the attendances.

Dr. Mazeedi presented a number of research documents on Halal in various International Halal Conferences. Prominent International Halal experts and Halal Certifying bodies around the world regard him as a pioneer researcher on Halal and one of the most active international advocate of true Halal. His 5F Halal standrad recently gained a worldwide attention as Halal Certification bodies and Muslim consumers striving to protect Halal from non Muslim actors who are trying to force stunned and mechanical slaughtered meat products upon Muslims. 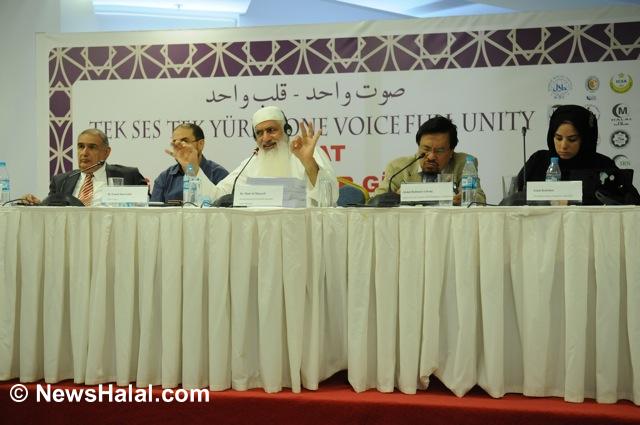 NewsHalal: Please tell us about yourself and how you became interested in Halal?

Dr. Hani Al Mazeedi: My interest in Halal started in 1972 at Buffalo NY, USA, when I was a student at the age of 18 years old at the State University of New York. The initiation of Halal came about when a Pakistani student, much older than me, has warned me from eating biscuits as it may contain Pork!

Then in the year of 1978 I have obtained my Bachelor degree in Food Processing from South Dakota State University, and then went to work in Kuwait, my country, as a food inspector and the controller of food import, in Kuwait municipality. Their I have committed myself to work on Halal full time where I have discovered few forged Halal certificates and many religious remarks on few of them. I was always and still in touch with Muftis from the ministry of Awqaf and Islamic affairs in the state of Kuwait to get religious guidance on what is Halal and Haram, also guidance on who is who in the west that I should be in touch with on this matter.

All of my activities since 1979 until now are being documented in a book of four volumes in which I give free to all interested parties. I have visited McDonalds in an attempt to propose for them McHalal System frees from stunning but was refused. In 2009 I was granted an award for my personal achievements in the field of Halal from the Halal Journal in Malaysia. And I have participated in many international Halal workshops and conferences.

I have introduced the first Halal standard in 1982 in Riyadh Saudi Arabia. I have travelled all over the world to investigate Halal for the state of Kuwait. Now I work in Halal in two countries: Kuwait and Saudi Arabia. Internationally, I am known for my fight against stunning, mechanical slaughtering, present of Alcohol in consumables, to knock away doubts working with Muslim slaughtermen, and not to Halal a range of ingredients on the basis of Istihala. As a result I have introduced a new concept in Halal that is 5F-Halal which contain the 5 conditions I have just listed above.

NewsHalal: What is Kuwait Institute for Scientific Research?

Dr. Hani Al Mazeedi: Kuwait Institute for Scientific Research or KISR is a government R&D body that solves strategic matters based on scientific research. KISR belongs to the ministry of higher education in the state of Kuwait. It is fully funded by the government of Kuwait and cover arrange of researches from food to the safe use of nuclear energy.

We have now a 3,000,000 USD Halal project to start funded by Islamic Development Bank or IDP in collaboration with Putra University in Malaysia. It is of interest to mention here that KISR was established in 1967 by Japan’s Arabian oil company and headed by Japanese scientist for two terms. 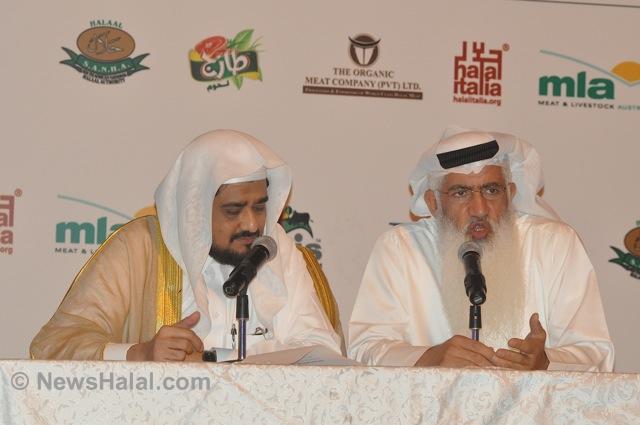 NewsHalal: What was your first assignment in Halal?

Dr. Hani Al Mazeedi: My first assignment in Halal was in 1981 to visit the Australian Federation of Islamic Councils or AFIC to observe their Halal supervision and officially hand in to them my government approval to certify Australian meat to Kuwait.

NewsHalal: How many countries you have visited for Halal? How many Conferences you have attended as a Halal expert?

Dr. Hani Al Mazeedi: I have indirectly participated only as a guide but not physically involve in any of the Halal GCC standards.

Dr. Hani Al Mazeedi: This is obvious and do not expect all Halal standards to be one for many reasons. One of which is the different school of thoughts on Halal. However, we can unify them if we call each school of thought as ISO 1, 2, 3, and 4. Plus ISO 0 that will furnish the unified ground among all schools and this was my presentation in one of the Halal conference in the USA.

NewsHalal: What is the role of a laboratory in Halal Certification?

Dr. Hani Al Mazeedi: Halal Laboratory has a very important role to play under one condition and that is to be managed 100% by Muslims. This is a religious requirement. Many ingredients need to be analyzed from two points: From the export and to be confirmed by the import points. 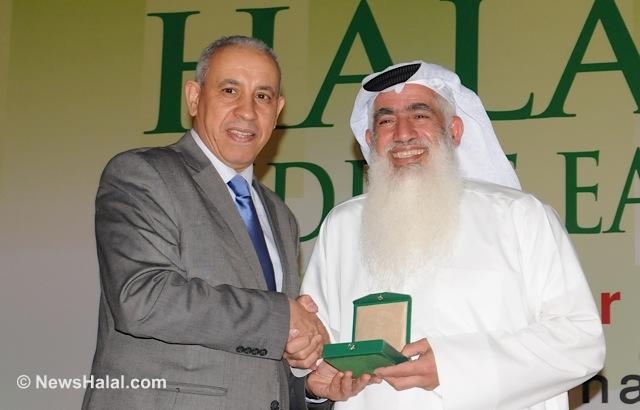 NewsHalal: What is the difference between stunning, mechanical slaughtering and Zabeeha, the Islamic way of slaughtering?

It is of interest to mention here that a Japanese delegation visiting Brazil a decade ago have requested from Brazilian slaughter houses to prepare carcasses according to Muslim way based on their believe that Halal provide Health meats.

NewsHalal: Why some Muslim countries are accepting stunning or mechanical slaughtering?

Dr. Hani Al Mazeedi: Ignorance of the decisions makers and Muftis that they do not request non-stun meat we find that at a time where GCC Halal standards do not allow the use of stunning for example in imported poultry. We in GCC do indeed need an enforced Halal law.

Dr. Hani Al Mazeedi: We can if we put a condition that this must be shown on the label.

NewsHalal: What Islam teaches us regarding slaughtering animal for consuming?

Dr. Hani Al Mazeedi: In order for an animal before slaughter to be Halal it must meet the following conditions:

Healthy (free from diseases), enjoy a stable life and not-deadly injured. That is, the animal live depending on itself at the time of slaughter. These conditions are often not guaranteed with pre-slaughtering methods.

NewsHalal: In your opinion, what is the most important issue of Halal these day?

NewsHalal: Why Islamic countries or Muslim investors are reluctant to invest in Halal Market or Halal Production?

Dr. Hani Al Mazeedi: This is due to lack of awareness in Halal.

NewsHalal: How we can prevent fake Halal? What we need to make sure that Muslims are getting real Halal products?

NewsHalal: What is the responsibility of an Islamic country, Muslim Businessman or service providers to make sure that the products they are providing, selling, importing or distributing is Halal?

Dr. Hani Al Mazeedi: Always ask and investigate before use it is the end user responsibility.

NewsHalal: How do you see Halal developments in non-Islamic countries such as UK, USA, France, China, Japan and Korea?

Dr. Hani Al Mazeedi: It is booming and it is a good way to nourish their local economy, why? We are talking about servicing 1.6 billion consumers worldwide. See Halal has gone Mainstream. Halal logo has now become a symbol of quality and religious compliance and this makes it sound as the new green.

McDonald’s in Singapore has seen an influx of eight million patrons a year after obtaining a Halal certification. Since being certified Halal, KFC, Burger King and Taco Bell have all seen an increase of 20 per cent in customers. Halal has also been extended to downstream products and services such as cosmetics and pharmaceuticals, hygiene products and nutritional supplements, travel, art, music and books; even marriage and finance.

NewsHalal: What is the future of Halal and Halal Markets? What is essential to make sure that future Muslim generation will get and consume real Halal products?

NewsHalal: What is your future plan? What you want to do most?

Dr. Hani Al Mazeedi: My future plan is to provide Halal products for Halal consumers as an alternative to non-Halal products. 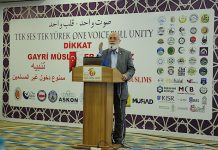 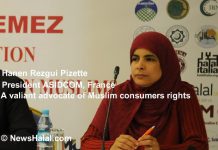 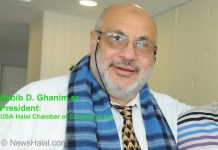 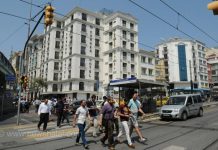 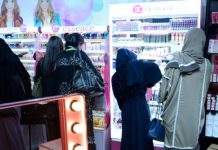 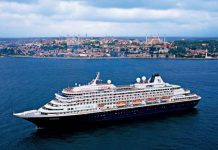 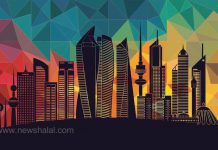